Home › What is Vaastu? 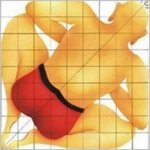 Vaastu is a part of Yajurveda, the sacred text of Hindus and is believed to be around 4 to 5 thousand years old. There are thirty two books in Sanskrit language starting from Vishwakarama’s Vaastu Shastra. Mayamata is another great book which also is believed to be from Vedic times.

Vaastu means the dwelling of humans & Gods. Vaastu shastra is an ancient science which helps one to get the natural benefits freely offered by the five basic elements of the universe in which we all live. These basic elements are Akash (SKY), Prithvi (EARTH), Paani (WATER), Agni (FIRE), and Vayu (WIND). Vastu Shastra can be applied by keeping in harmony with these basic five elements of nature. Vaastu Shastra is an edifice science that was developed by our learned people thousands of years ago. Its application today is purely architectural and its principles are based on becoming one with nature.

Each directional force is in dynamic balance. It is made up of a positive half and a negative half which have equal potential but opposite in characteristics just like that of a bar magnet with two poles of equal strength but opposite characteristics at either ends. Understanding the nature of the various directional forces helps us to build a structure with an atmosphere more healthy and protective than what is present in the open.